Broaching That Conversation about Death in Arlington
Votes

Broaching That Conversation about Death in Arlington 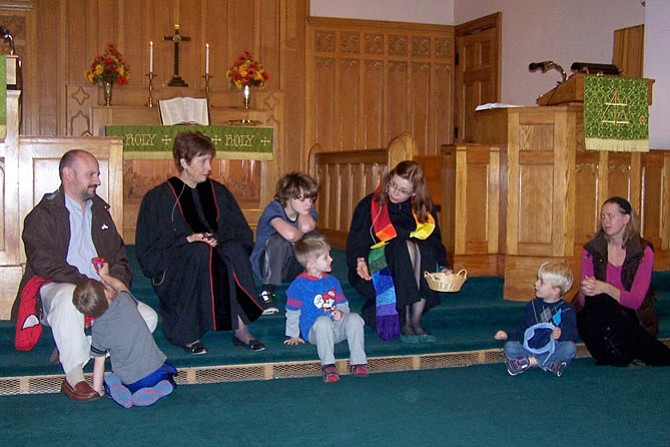 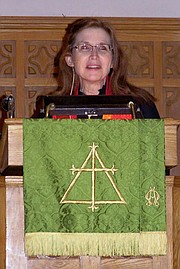 Arlington’s Bethel United Church of Christ participated, led by Associate Pastor Carolyn Richar. As both a minister and a nurse of more than 30 years, Richar has long known the how crucial it is for families to have these conversations before it’s too late. Too often, people fail to explicitly document certain wishes when it comes to their health in life-and-death situations, leaving families in difficult situations.

Through a sermon and Bible Study series in November, Richar enlightened Bethel congregants about strategies on how to approach end-of-life decisions.

The ultimate goal of Conversation Sabbath, now in its second year, is to increase humanity’s opportunity to leave the Earth in the exact way they choose when all their mental faculties are on their side.

“In 2016, we aimed to reach five communities beyond Boston,” Lloyd said. “We extended the invitation to clergy to teach and preach about the importance of having these crucial conversations about the kind of care we want to receive in the event that we cannot speak for ourselves. We already know of congregations in Texas, New Mexico, Florida and Ontario, Canada that took part in the Conversation Sabbath this year.”

Lloyd is both a nurse and a minister of the Unitarian Universalist Church, so she has seen firsthand the impact of end-of-life preparation — or lack thereof — on families and survivors. Examples of end-of-life decisions include, but are not limited to, when and when not to resuscitate, and whether or not a person should be kept alive by feeding tubes or ventilators.

While Conversation Sabbath is intended for any faith-based group, Richar said she had plenty of Biblical scripture to work with, which clearly upholds the importance of taking ownership of your body in its final days.

“There is usually a theme to sermons,” Richar said, “and, there is a consistent reading from the Bible that meets that theme and upholds the message of the sermon. It was no different for the Conversation Sabbath in November. The title of my sermon was ‘Walking through the Valley,’ and I was able to find great scripture for my message. In the Gospel of John, there is a short passage where Jesus talks about preparing a home for his followers in His Father’s house.”

Richar said she’s confident in concluding its success since her sermons at Bethel tend to be pretty interactive. It was crucial to Richar that she make the topic as comfortable as possible to think about and discuss.

“I do a lot of congregation participation,” she said. “So, for this sermon, I asked the people in front of me, ‘what would you do if you were getting ready to go on a trip? You talk about it, you prepare. So, first of all, I just encouraged people to have a conversation about preparing for death.’”

Easing her way into the nitty gritty, she asked everyone in the congregation who had made certain concrete decisions regarding medical care at the end of their lives. And, the responses only reinforced just how important the Conversation Sabbath is.

“Up to 90 percent of people hadn’t had a conversation about this topic with the person they designated as their decision maker,” she said. “These days, you can specify all these decisions through what’s called an Advanced Directive, a way of designating someone to make certain decisions for you if you cannot make them yourself. You can be pretty specific in this document too. For example, people clarify exactly how many days they would want to be on a ventilator, or on other machines.”

At the end of the sermon, Richar left her listeners with resources to help make the best personal decisions.

“We don’t tell people what decision to make, but we emphasize that they should start thinking about what they want,” she said. “The Virginia Bar has a great set of resources, so I brought in the Advanced Directive form to church that Sunday. I brought in a lot of handouts and other resources created by the Conversation Project. There are great forms for people to write about what they want, their preferences surrounding different cases, and then they have tips on how to start a conversation with people and how to get around the typical ‘push aways’ from people uncomfortable talking about this topic.”

As the executive director of Capital Caring, an organization that seeks to improve care for people facing life-limiting illness, Richar is familiar with the challenges that arise from the all too common case of families not defining choices preferences in certain end-of-life scenarios.

“I see every day how important it is to create a space where people feel safe talking about these issues, and how certain people need to be pushed into making decisions that ultimately benefit themselves and their families,” Richar said. “People don’t know. We encounter this with hospice and hospice care all the time — situations where kids will not know what their parents want, in terms of drastic measures or to what extent they would want their life preserved in worst-case scenarios. Even when decisions have been laid out, there are so many cases where children have different interpretations of what their parents would want.”

“In general, our culture does not have to deal with death very often,” she said, “and, in the faith tradition, at least in the last few decades, the focus has been on praise music and praise worship, and there’s nothing wrong with that, but it involves mostly uplifting ideas. Worship today is different from that of earlier centuries, when hymns involved death and addressed going to Heaven one day. Today, it’s not even all that common in church to talk about death and dying.”

Richar, a certified hospice and Palliative Care nurse, said it’s never too soon or morbid to have these types of discussions with loved ones.

“As soon as you’re an adult, it’s the right time to start talking about this,” she said. “My daughter and I have had these conversations since she was a teenager. I started thinking about it myself when I was a chaplain in a hospital years ago, and I cared for people with permanent brain damage that left them in a comatose state."

An even more personal experience has also reinforced the importance of these frank, honest discussions in Richar’s family.

“Five years ago, I fell off my roof,” she said. “At the time, I was — and still am — fairly healthy, but then, out of nowhere, that emergency happened. You never know when your family is going to need to know how to proceed when you don’t have the ability to speak for yourself.”