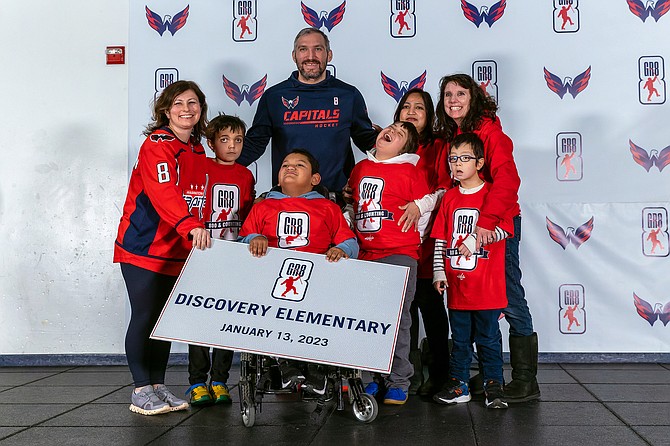 Alex Ovechkin with a small group of students from Discovery Elementary.

By Photos and story by Tom Manning 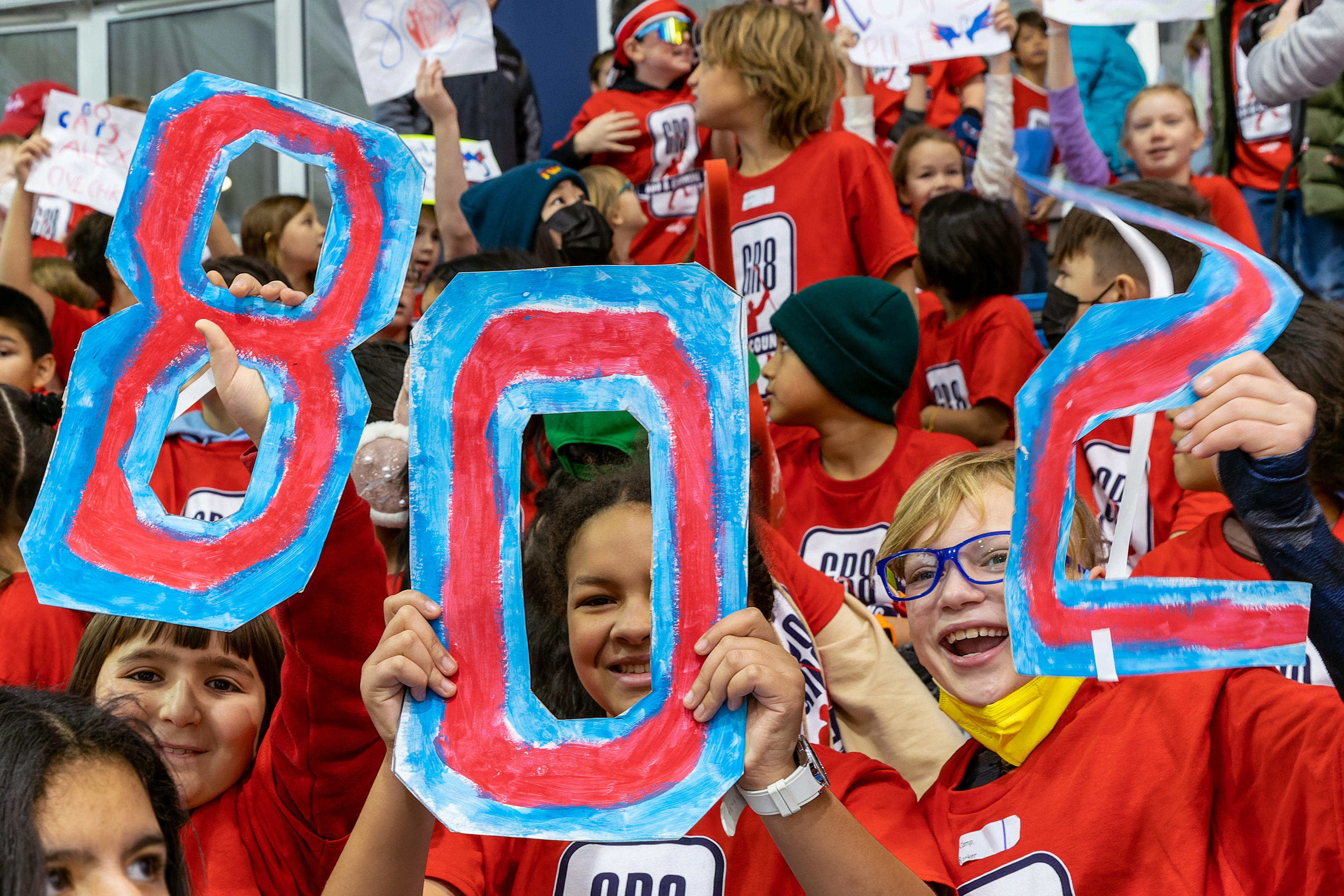 Afterwards, Ovechkin said, “I think it’s probably the loudest practice since we made the Stanley Cup Final. It was fun.” Leading up to the event, the kids incorporated Ovechkin’s career goal tally into their classes by working on 800-related activities in their math, reading, and PE classes and making creative posters for Ovechkin. Each student received a commemorative Great 8 t-shirt, and each class had the opportunity to have photos taken with Ovechkin.

The Capitals and Ovechkin have other events planned to commemorate this milestone, including a donation to the American Special Hockey Association that will help cover costs for 100 special hockey rinks across the United States. 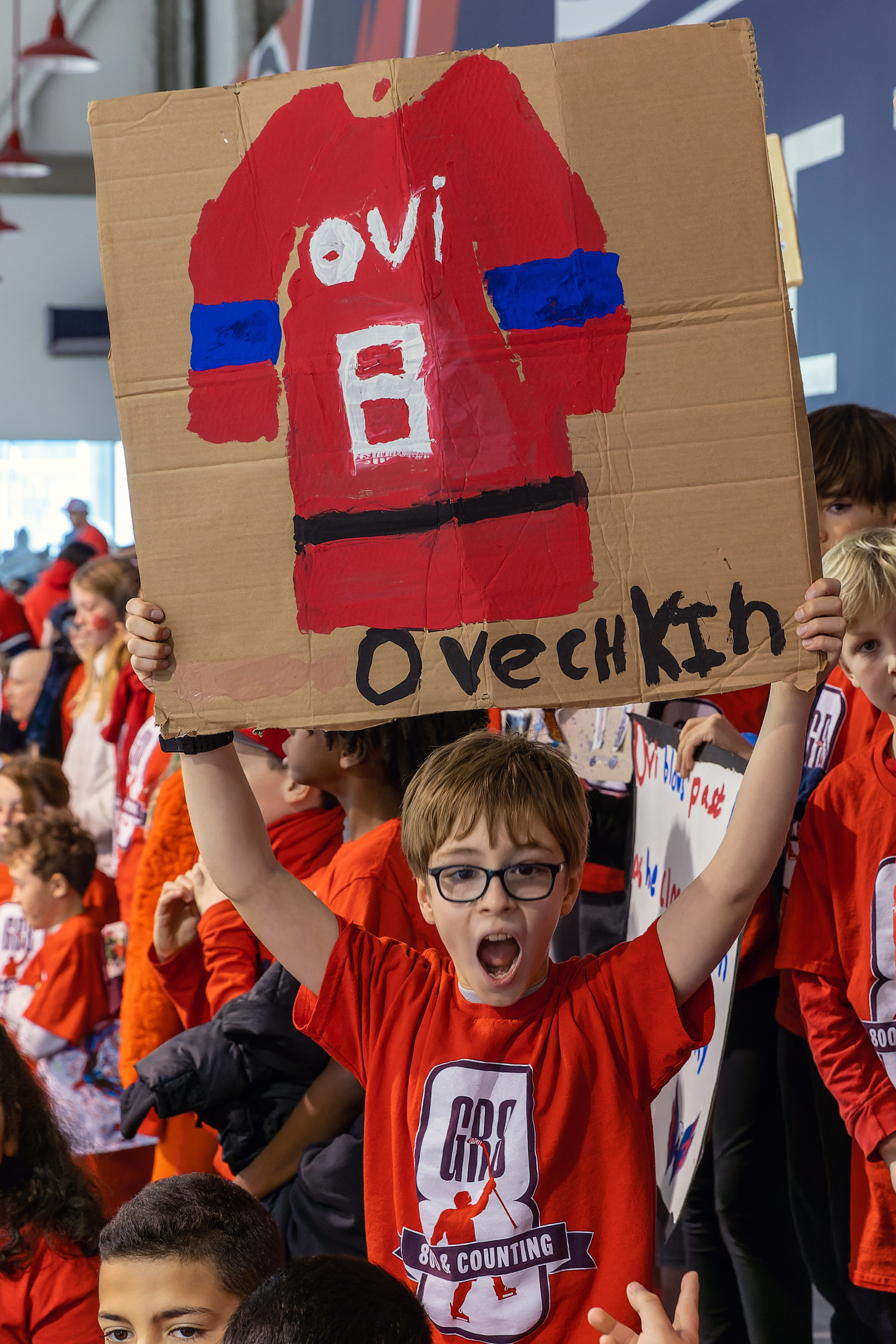