Battle over Dawn Redwood in Arlington

Neighbors’ petition seeks to save tree. 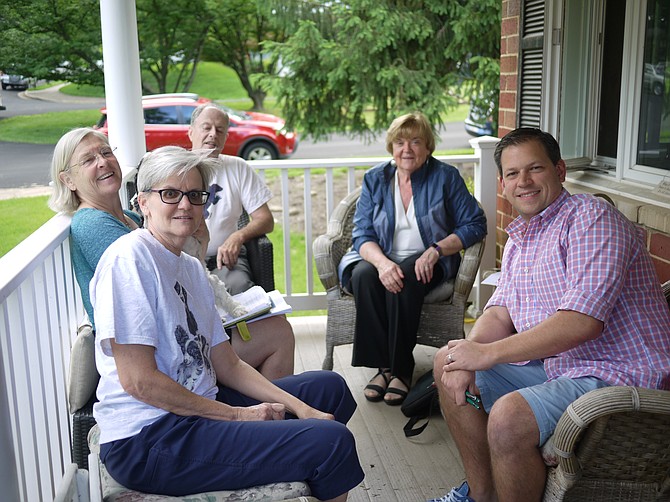 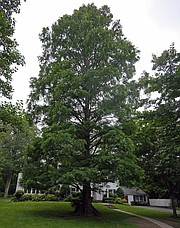 Largest dawn redwood in the Commonwealth of Virginia is threatened with being cut down.

Another development-preservation battle is gearing up in Arlington, this one focused on the fate of a dawn redwood on Ohio Street. This tree has been identified by a number of forestry organizations as the largest of its species in Virginia. When last measured by Arlington's urban forester, it was found to be 114 feet high with a crown of 60 feet and a circumference of 185 inches.

Reports are that Richmond Custom Homes, the developer and permit holder, plans to demolish the current home, subdivide the lot into two parcels, remove the tree and and build two new homes on the property. The developer has not answered requests by the Connection for information on the redevelopment plans.

A petition was recently initiated by Todd Murdock who lives several houses away from the tree. In a day the petition had 500 signatures and by June 10 the number of signatures had grown to more than 700. Murdock says they are currently working on a letter reflecting the petition to be signed by the neighbors and submitted to the highest level county decision makers.

The petition states: "The existing single family residential property was sold to a developer on April 2018 and the nearly 40,000-square-foot lot is being subdivided into two lots to build two new homes. The proposed building permits move the footprint of the two new houses forward on the lot requiring the Dawn Redwood to be cut down … the new lots are large enough to keep the tree and still build the new houses, the developer simply needs to set the homes farther back on the lot. The builder has every right to build these homes; the removal of the tree appears to be aesthetic convenience or simply lack of concern about its removal."

John Seymour, who lives in the Williamsburg Civic Association where the tree is located, worked on the 2017 Neighborhood Conservation Plan. He says, "We identified the loss of mature trees through development as one of the biggest concerns of residents. Among the key goals of our Urban Forestry section was to promote efforts to stem ‘the the decline in the tree canopy occasioned by residential development and tear downs.'"

Seymour adds that the tree appears to be located within the 100-foot buffer zone that is part of the Little Pimmit Run Branch Resource Protected Area (RPA). The RPAs were designed to protect our local streams and the Chesapeake Bay from pollution due to land use and development. He says the reviewer's notes attached to the permit database indicated the RPA had been rejected "because of failure in the grading plan, the water quality impact assessment, the erosion and sediment control plan and the tree preservation and protection plan."

Kit Norland who lives a block and a half away from the dawn redwood says it is the six-million dollar question what legal impact this RFP review may have on the redevelopment and what the next steps may be. Murdock speculates that since a number of the requirements in the RFP have been rejected that it will add another layer of red tape and slow down the process but there is no readily available information on next steps or timing.

Norland is one of the core members of the Arlington Tree Action Group. She says, "This tree is located is one of the really leafy open blocks left in Arlington. The tree is the hub in the middle of the block." She continues,"I just don't see how we can think of ourselves as a progressive county when the county is missing on both counts. It will reflect badly on our image."

She says, "We are smack in the middle of an RFP and we also have a national treasure in the award winning dawn redwood. "I stumbled into the chief botanist of the Smithsonian by chance and he agreed this is not just a county tree — it could be one of the oldest dawn redwoods in the whole country. There are no precedents for this."