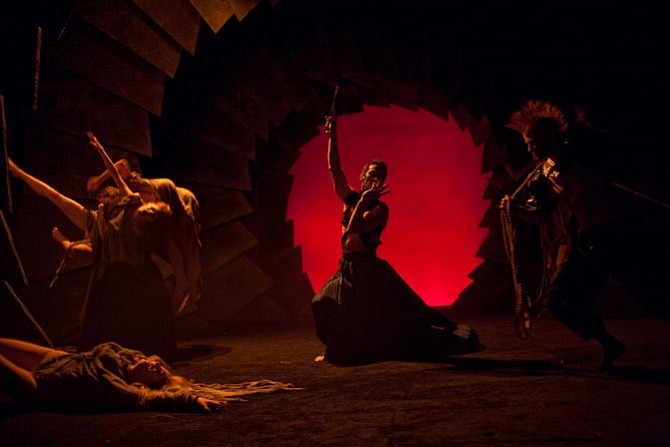 Synetic Theater in Crystal City is staging "Dante's Inferno" from Sept. 28 through Oct. 30. The wordless story follows a lost traveler who must navigate a treacherous journey through the nine circles of hell in search of spiritual redemption and his lost love.

Producer and creator Paata Tsikurishvili said they've adapted this story before, but it was several years ago. "I wanted to try it again using the skills we've honed and the performance style we've developed since, and apply it to this massive, epic tale," he said. 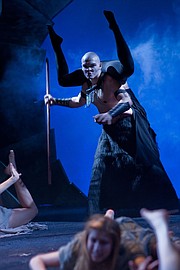 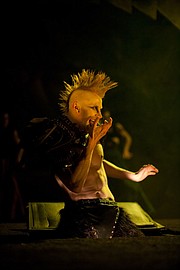 What he was hoping to accomplish was "trying to use our physical vocabulary to show that it can work for shows outside of Shakespeare — it really is a universal language that can 'translate' all of the world's great classics."

As the director, his challenge was breaking down the entirety of this epic tale into its dramatic essence that was especially difficult. "It is not a story in the traditional, linear sense, so to try to give it that arc, rather than a series of sequences was a great challenge," he said.

He hopes audiences will take away Dante's relevance and importance. "The impact that he's had on modern culture, on our ideas of heaven and hell, is huge. A lot of the images that we associate with the afterlife are Dante's invention — images he created in ‘The Inferno.’ I'd like to think that, through our telling, people would get a sense of his universality."

Vato Tsikurishvili plays the role of Dante, a character who is very torn and conflicted. "He's trying to survive his own creative process and maintain his sanity," he said.

He said his biggest challenge was trying to personify the psychology of someone who is creating hell. "I hope (audiences) get a sense of Dante's timelessness — that this is more than just a work of art and a story, but something that has a modern application and resonance," he added.

Tori Bertocci plays the role of Beatrice, who represents the hope when all seems lost. "In our version, she is the muse for Dante as he begins to write ‘The Inferno.’ Her guidance serves as a beacon of light for Dante, through even the darkest of times," she said.

Her challenge was that Beatrice is not actually present in “Dante's Inferno,” and theater-goers do not actually meet her until Paradiso. "The challenge is to make her a relatable and relevant character to the audience. My hope is that she becomes not only a shimmer of light for Dante but for the audience as well," she said.

She added: "’Dante's Inferno’ spans the ages. I hope our audiences are inspired to discover or acknowledge symbols of hope in their lives to guide them through difficult times."

Philip Fletcher plays the role of Lucifer, a bit melancholic in appearance at first, but what is unclear is if it is just an act of manipulation. "He desperately wants control of Dante — Dante being the writer of the ‘Inferno,’ because he wants his story told his way," he said.

The challenges of the role included making clear character distinctions between the demons of certain circles of Hell and most importantly Lucifer, he said. "This involves differentiating character physicality and mannerisms," he said. "Not to mention the super-quick changes as I have to transform from one character to another backstage in a matter of seconds."

He added: "Thematically, I hope the message conveyed to the audience is that love is not separated by death, because although Beatrice is deceased, the love between her and Dante keeps her present in Dante's life. She is his guardian angel and most importantly his muse."

Synetic Theater in Crystal City is staging "Dante's Inferno" now through Oct. 30. Show times are Wednesdays through Saturdays at 8 p.m. and Sunday matinees at 2 p.m. Tickets are $20 to $60. The venue is located at 1800 South Bell Street, Arlington, VA 22202. Visit www.synetictheater.org.