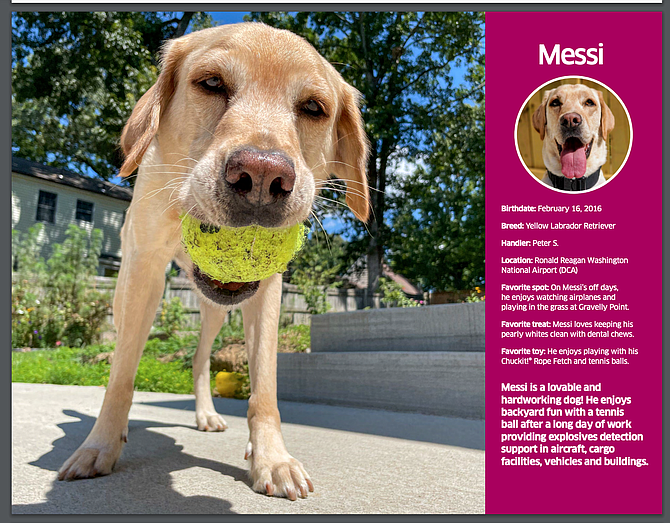 Of 1,000 TSA explosives detection canines, two from Ronald Reagan Washington National Airport (DCA) made the cut for the calendar, Messi and Ava.

The Transportation Security Administration released its annual calendar this week, which honors the agency’s more than 1,000 explosives detection canines working in the United States. TSA’s 2022 Cutest Canine Contest winner, Eebbers, is featured on the cover of the 2023 TSA Canine Calendar. https://www.tsa.gov/sites/default/files/tsa_canine_calendar_2023.pdf

Eebbers, now retired, is an 11-year-old explosives detection canine who worked at Minneapolis-St. Paul International Airport. He was named in memory of 19-year-old U.S. Army Pvt. James Ebbers who died on Oct. 14, 2002, in Djibouti, Africa, while assigned to the 551st Military Police Company, Fort Campbell, Kentucky.

Of 1,000 explosives detection canines, two from Ronald Reagan Washington National Airport (DCA) made the cut for the calendar, Messi and Ava.

“Ava loves prancing through the airport and melts everyone’s hearts. But don’t let that face dupe you! She is always on alert,” says the calendar. 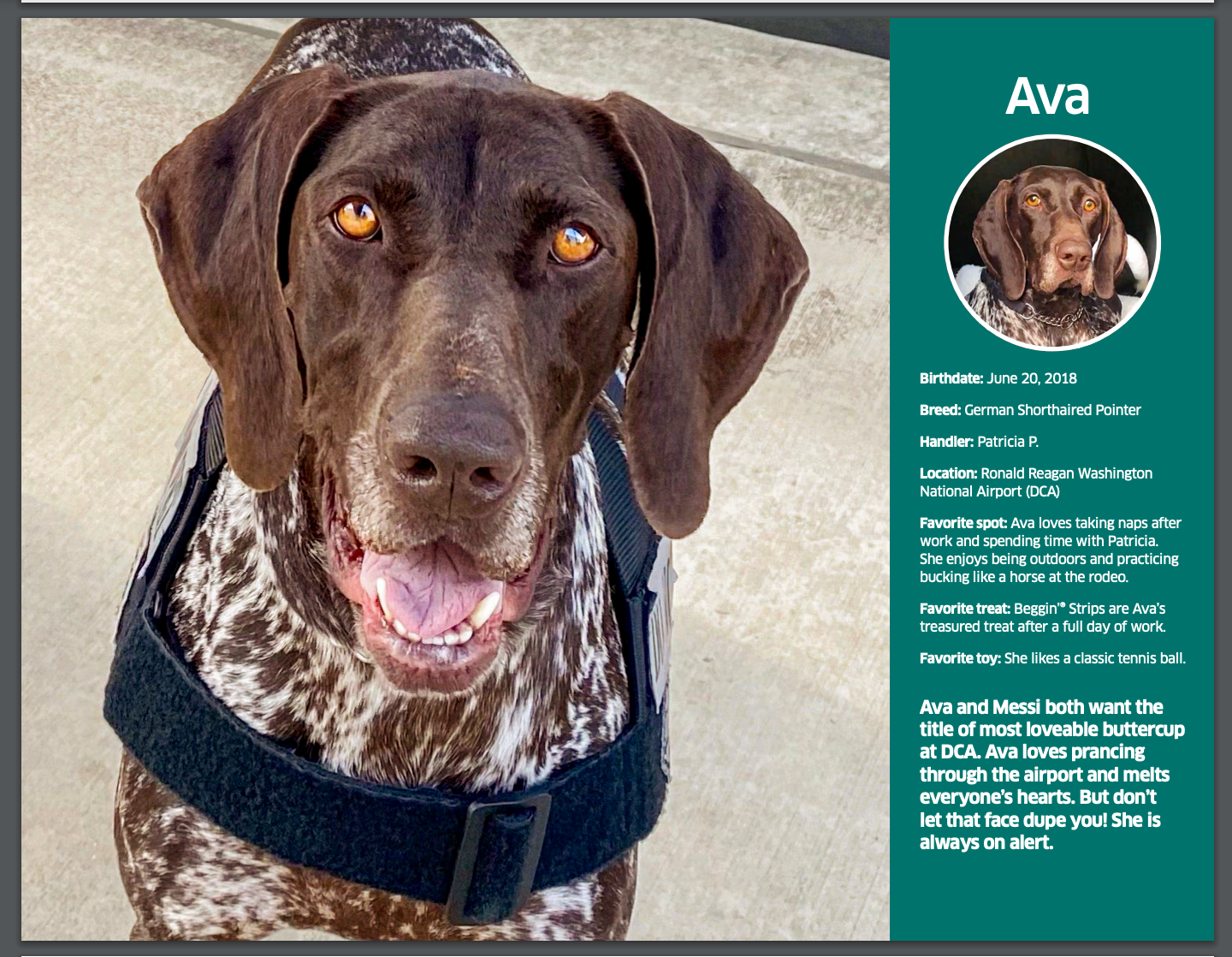 TSA uses canines as part of its multi-layered security operations nationwide. These highly skilled dogs are trained to detect the scent of explosives or explosive materials and are paired with handlers who use the working canine’s keen sense of smell when on duty throughout the nation’s transportation system.

Each canine recruit spends 16 weeks in training at the TSA Canine Training Center, located at Joint Base San Antonio-Lackland in San Antonio. The canines meet their handlers, socialize to adapt to busy transportation environments, and learn their craft of detecting a variety of explosive odors before reporting to their duty stations. TSA trains about 300 canines each year.

The 2023 TSA Canine Calendar features photos and fun facts about each of this year’s 13 canine winners who were selected from dozens of entries submitted by TSA canine teams from across the country.

Each canine and its handler serve as a reliable resource for detecting explosives as well as providing a visible deterrent to terrorism across all transportation modes. Once on duty, these canines work to safeguard passengers and cargo across the nation’s transportation systems. To find out more about what it is like to be an explosives detection canine handler, see the Explosives Detection Canine Handler video. https://www.tsa.gov/videos/tsa-job-explosives-detection-canine-handler