Arlington Has New Director of Corrections 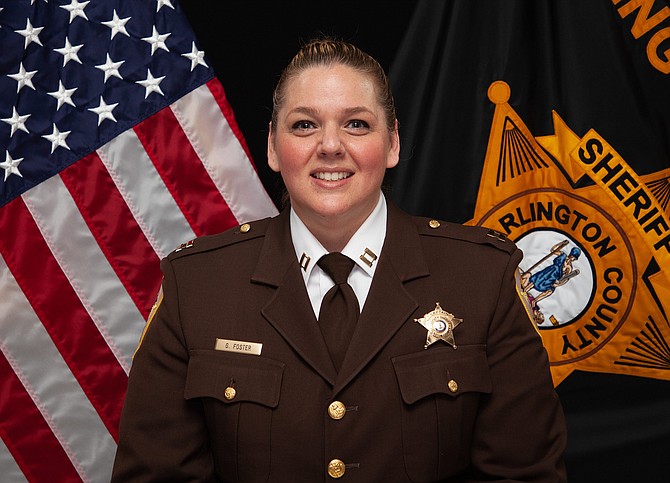 “Major Foster has excelled in the many positions she has held throughout her career with the Sheriff’s Office,” said Sheriff Beth Arthur. “Her wealth of knowledge, broad experience and demonstrated commitment to our agency and those we serve makes her a valuable member of our command staff.”

During her 22-year career with the Arlington County Sheriff’s Office, Foster has served in a range of positions across the agency. She began her career as a deputy sheriff in March 1998, working first in the Detention Facility and later in Court Security. Foster has also served as Records Manager, Americans with Disabilities Act Coordinator, Prison Rape Elimination Act (PREA) and Accreditation Manager.

“I am honored to have the opportunity to continue to serve our organization, community and inmate populations as Director of Corrections,” Foster said. “The Arlington County Sheriff’s Office ... is dedicated to improving the safety of our community. I look forward to continuing to serve both our agency and our inmate population as we continue to strive to provide top-level correctional services to the community.”

As the ACSO’s PREA and Accreditation Manager, Foster led the agency through its successful completion of the PREA Audit in 2017, when the agency earned ratings of “exceeds” in four categories. She also represents ACSO on Arlington County’s Community Services Board, a position she has held since 2018.

Foster is a graduate from West Liberty State College in West Virginia with a degree in criminal justice. She is also a graduate of the Leadership Center for Excellence Executive Forum in 2017, Leadership Arlington Class of 2020 and the International Association of Chiefs of Police Leadership in Police Organization Program.

Most recently, she served as the Assistant Director of Inmate Services, supervising inmate work programs, Department of Human Service personnel, records, booking and processing, pre-trial and the inmate services section.